Last weekend we camped at Saddle Mountain State Natural Area west of Portland and made the five mile round trip hike to the top of the mountain and back. It was cloudy, so we missed out on what would have been a spectacular panoramic view of the Cascades on one side and the Pacific Ocean on the other, but it was still a lot of fun. (Photos below by Evan Heisman; I somehow managed to leave my camera’s SD card at home.) 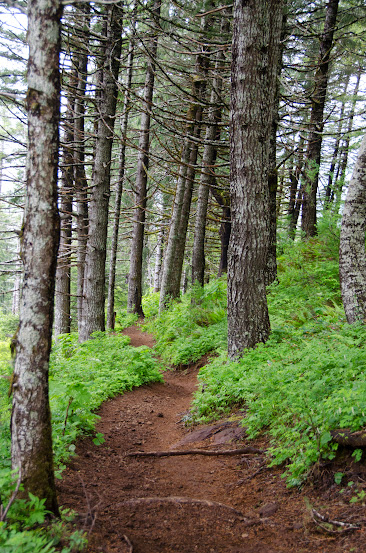 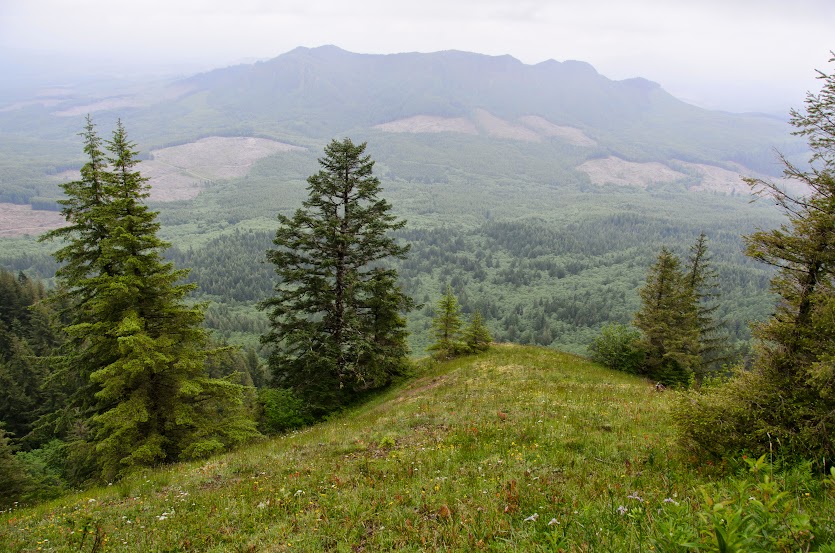 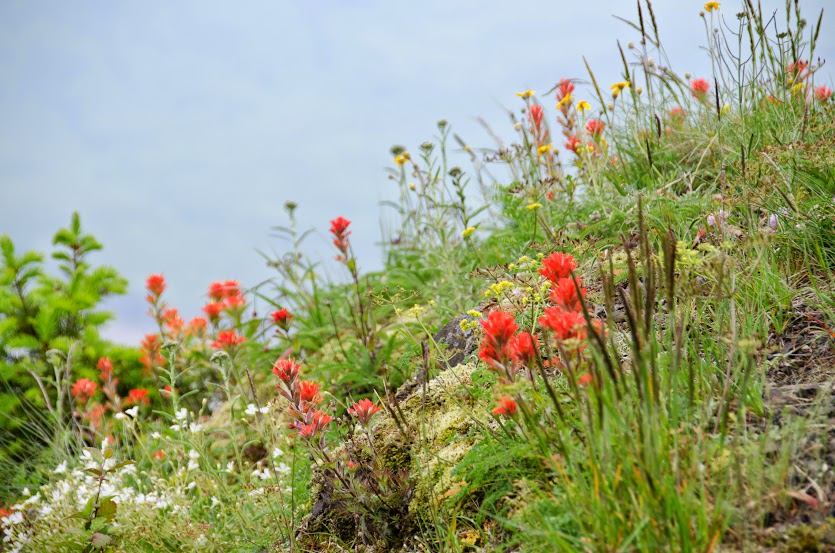 As we were on our way down, it was getting late enough that most of the day hikers were gone and the birds were starting to sing. One song in particular caught my attention: it had the sonorous, flutelike quality of a thrush, and the same pauses between phrases, but unlike any other thrush song I’d heard, each phrase was just a single, drawn-out note. I wish, I wish, I wish there was a way to embed Macaulay Library sound clips on WordPress, but there’s not, so you’ll just have to click here to hear it for yourself.

By process of elimination, I deduced (correctly) that this was the song of the Varied Thrush, a robin cousin found only in the forests of the coastal Pacific Northwest.

Mixed in was this was the beautiful upward-spiraling song of a Swainson’s Thrush. Click here to hear that one.

Living in the Cascades’ rain shadow as we do, sometimes it is very, very nice to spend a weekend on the coastal side of the mountains. It was even worth getting rained on while we were breaking down our campsite the next morning!

I recently got a letter from a former student in which she said her favorite places here were the waterfall, because of the sound it made, and the pine forest, because of the sound of the wind in the trees.  Those are part of the daily soundtrack of my life here.  I can barely remember what it’s like to live somewhere where you can hear traffic going by.  I haven’t lived on a real road in a year now.

In the past few days some new birds have shown up in the woods, including the singer behind one of my favorite bird songs: the wood thrush.  (If you don’t know what a wood thrush sounds like, you can listen to it here.)  Every morning I wake up to the songs of thrushes, wrens, warblers, towhees, sparrows, peewees.

In the evening, after dark, the treefrogs take over with their insistent trilling – not to mention the calls of the barred owls, great horned owls, and screech owls who live here at the raptor center.

And sometimes, the only sound is the rain, or the wind rushing in the tree tops.