I have a friend who’s currently starting a consulting business and wading into the self-employment waters for the first time. While she’s focusing on data management, not writing, the tax stuff is largely the same, and having been self-employed for several years now, I offered to give her a quick rundown of how doing your taxes as a self-employed person works.

When I posted a silly tweet about having sent a friend a 600-word “intro to taxes as a freelancer” email, so many people replied OMG I NEED THAT TOO that, well, I decided I’d just post it here. So here’s a slightly edited version of what I sent her.

DISCLAIMER: I am not a tax professional or CPA or anything like that — this is all what I’ve figured out on my own. You should not rely on this without doing your own research or seeking additional guidance, and if you screw up your taxes, I am definitely not responsible! Also, obviously this only applies to the U.S. I have no idea how this stuff works in other countries.

And that’s it! Good luck, fellow freelancer, and whatever you do, don’t forget about those quarterly tax payments.

I know there are a number of people still subscribed to this blog even though I no longer update it regularly, so I thought I’d let you know that there’s now an alternate way to keep up with my writing and whatnot: I’ve started an email newsletter that will go out roughly every three months, and if you’re interested you can sign up to receive it at tinyletter.com/rheisman. Cheers!

I just wanted to post a note for anyone stumbling across this site via the blog that, while the blog section is no longer being updated, the other pages are still being kept up-to-date and I am continuing to use this site as a home base for my freelance writing. So feel free to browse the blog archive, but also check the “Writing” page for a regularly-updated list of links to the pieces I’m publishing elsewhere. Thanks!

Recently, kind of on a whim, I bought four little packages of wildflower seeds from a mail-order sale that a chapter of the Washington Native Plant Society was having. 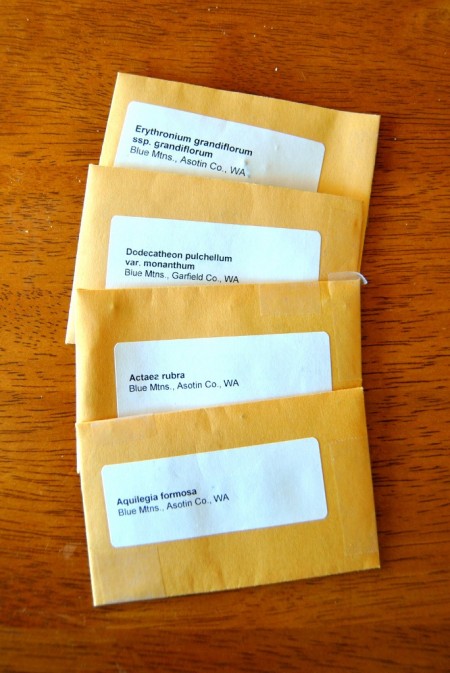 When it comes to plants, it doesn’t get much more native than this – these seeds were all collected in the Blue Mountains of eastern Washington. Here we have western columbine (Aquilegia formosa), shooting star (Dodecatheon pulchellum), glacier lily (Erythronium grandiflorum), and red baneberry (Actaea rubra).

I’ve never attempted to start native wildflowers from seed before, so I’m figuring this out as I go along. These are all species that require a period of “cold, moist stratification” before they’ll germinate, meaning in the wild the seeds would sit in the cold soil over the winter before sprouting in the spring. Because I’m a control freak, I opted to do my own cold stratification indoors, rather than just planting the seeds outside and letting nature take its course; I transferred them into little plastic bags with some moist sand and stuck them in the fridge. 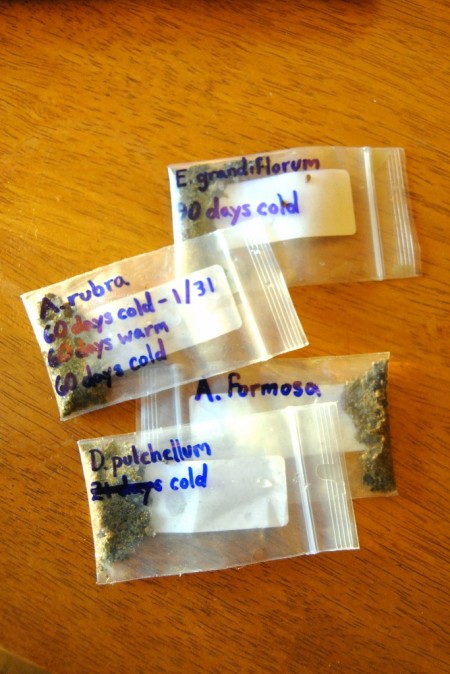 In a couple months I’ll take them out and start the seeds in potting soil. (Well, except for the baneberry, which apparently requires two periods of cold stratification – I’ll need to take them out, keep them somewhere warm for a while, and then put them back in the fridge for a couple more months before I try to start the seeds.) Even in the best case scenario, it will be a couple years before any of the plants that grow from these seeds get to the point of blooming… so except this to be the first post of a many-part series.

We got our first snow of the year yesterday! Sadly it’s not really enough to build forts or go snowshoeing. In the meantime, here are some recent wildlife and conservation tidbits from elsewhere on the internet, two by me and four courtesy of others.

Anything else from around the internet lately on wildlife, conservation, or environmental education that should be included here? Share in the comments! 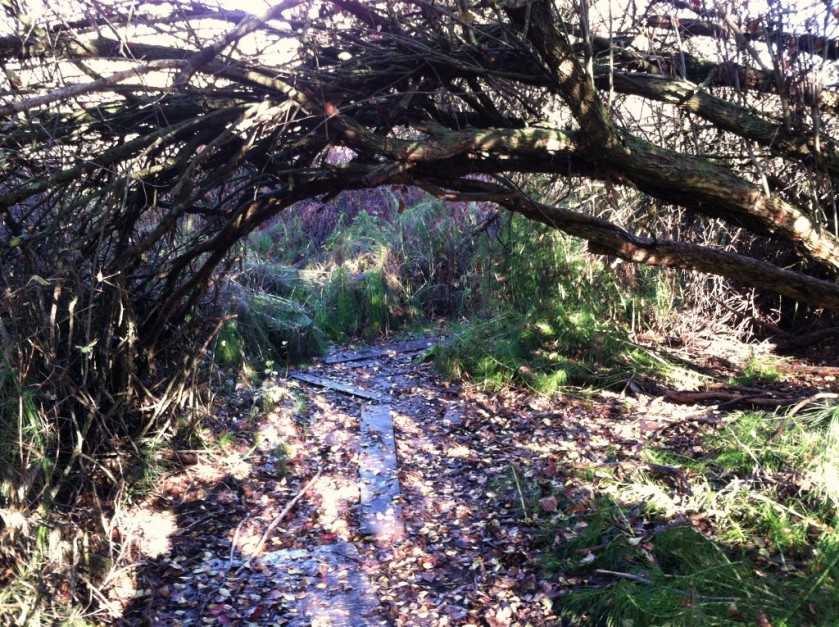 This week some genuinely cold temperatures are (finally) arriving in Walla Walla, but before they did, we took a walk in the Fort Walla Walla Natural Area, a patch of woods in a park a few miles from our house. What caught my eye was all the berries ripening on the shrubs along the trail, which are excellent fall and winter food for the birds in the area as well as looking pretty. I didn’t have the forethought to bring a nice camera, so all the photos in the post were taken with Evan’s and my iPhones, but they turned out okay enough to show you what we were seeing. END_OF_DOCUMENT_TOKEN_TO_BE_REPLACED

I don’t know if any of you have heard of the YouTube series MinuteEarth, but I wrote a script for them a while ago and the video was finally posted:

Longtime readers may find this subject familiar, as I’ve written not one but two blog posts on these same two butterflies in the past.

A few other recent links:

Any other cool nature- or wildlife-related links I should add? Share in the comments!