Walking from one building to another this afternoon I was brought up short by a jumping spider on the sidewalk in front of me.  It was just a little thing, less than an inch across, but its black-and-white coloring and its sheer boldness caught my attention. 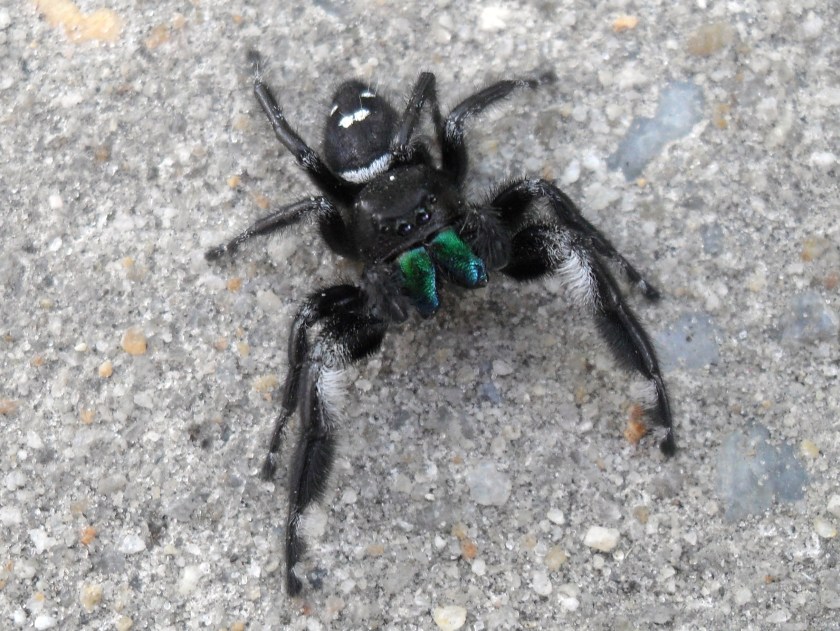 Jumping spiders are the largest family of spiders – according to Wikipedia there are about 5,000 described species of jumping spider, comprising 13% of all known spider species.  They don’t construct webs, instead actively hunting and pouncing on their prey.  And darn it if they aren’t the cutest spiders you’ll ever see.  They have big, forward-facing eyes, giving them a surprisingly appealing face.  What’s more, because they’re so visual they’re highly curious and interactive.  While I was photographing it, this guy was constantly charging and retreating from my camera lens, waving its front legs in the air, incredibly pugnacious despite being faced with a creature many, many times its size.  “What?  You wanna piece o’ me?” 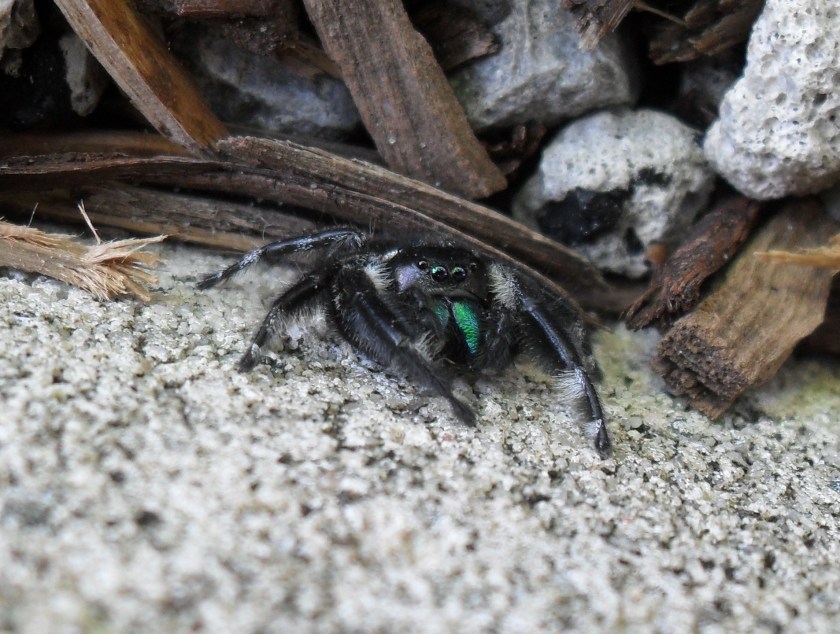 This one is in the genus Phidippus; those eye-catching green chelicerae give it away.  Eventually I stopped harassing it and it took off into the mulch.  I wish it lots of luck and many delicious bugs!

14 thoughts on “The World’s Cutest Spider”